As you might be aware, TUNE is pretty maniacally focused on mobile apps. 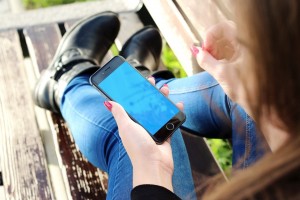 As a company, its claim to fame is that it provides a mobile-first marketing platform for just about everything brands need: marketing of mobile apps, measuring ads delivered via mobile apps, improving user engagement and retention in mobile apps, boosting app store rankings for mobile apps, and more. All of which sounds pretty app-focused.

So why does CEO Peter Hamilton suggest companies not forget about the mobile web?

It’s hard to argue that apps aren’t critically important. Ninety percent of consumers’ mobile time is spent in apps, mobile gaming apps alone are trending towards $115 billion/year by 2020, and largely app-driven m-commerce will total about $450 billion in 2016. With so much attention and investment going into apps, it almost seems that the mobile web is the red-headed stepchild of mobile: forgotten, neglected, ignored, even shunned.

Hamilton believes the mobile web has value — for multiple reasons, not least of which is that it is a gateway to the mobile app. Here are five reason Hamilton thinks brands, enterprises, and maybe even mobile-first companies should think hard about their mobile web presence.

1: Openness
Apps, pretty much by definition, discriminate. They’re typically built or at least compiled for a particular platform, set of hardware, and app store. If you don’t have the right kind of device or even age of device, you might be left out. 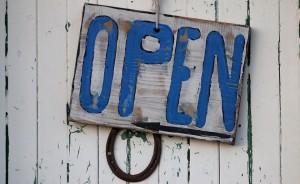 “The open web is a powerful thing,” Hamilton says. “It brings information to the farthest corners of the earth, and it does not discriminate by device.”

The mobile web, by contrast, is typically built on that lowest common denominator of modern digital communication: HTML.

Everything speaks HTML, which means that all potential users or customers can access your services. That’s particularly something to remember for onboarding new customers, or entering new markets.

2: Anonymity
Not all apps require signing in and divulging personal information, but all apps can measure every single action their users take. That’s not to make anyone paranoid… arguably that’s exactly what apps should do to understand and improve their users’ experience, but it is something of which to be aware.

“The mobile web gives the user control of how they’re tracked and allows anonymity,” Hamilton says.

3: Navigability
While apps are developing app-to-app navigational tools such as deep links, and mobile publishers are increasingly integrating their apps at an SDK and API level, mobile applications have traditionally been and largely remain silos of functionality. Open the app, use it, close it, and open another app to do something different. 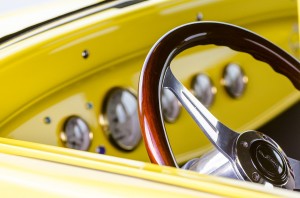 “Importantly, the mobile web has become easier and easier to navigate and find exactly what you’re looking for thanks to platforms like Google,” says Hamilton.

Siloed functionality has never been a problem with the mobile web, on which you can transfer from site to site via simple old-school hyperlinks … just like ye olde world wide web.

4: Immediate gratification
If someone comes to a bricks and mortar store, the sales staff don’t ask them to stop, pull out their laptops, and install software prior to shopping. Yet that’s what sometimes happens in the app economy.

“Apps have several obstacles that make it difficult to get consumers what they are looking for quickly, the biggest obstacle being the need to download,” Hamilton says.

While the app experience is richer than mobile web, getting there does take some time. And that’s time that might cost a retailer the sale, potentially.

5: Thin edge of the wedge
While there are plenty of reasons to have a strong mobile web presence, the fact is that consumers have voted with their fingers, so to speak, and are spending more time in apps than on the mobile web. It’s just a richer, better, faster user experience than mobile web, most of the time. 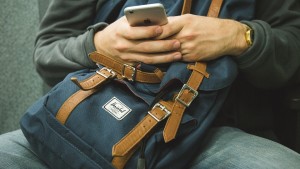 But getting people to download your mobile app can be a challenge.

People have millions of apps to choose from, and likely dozens if not hundreds that are directly competitive to yours. The solution is to offer positive brand associations right from the very first moment a potential customer is interacting with you — on the mobile web — and then build on them. And in fact, there is evidence that consumer interactions with brands on mobile web are growing faster than in apps, simply because it’s easier and quicker.

“Once brands have been able to deliver what the consumer is looking for, whether content or experience, they may then invite the customer to go deeper by downloading the app,” says Hamilton.”

But … 5 reasons apps are fundamentally and critically important

Although the mobile web still matters and plays a critical role in bringing customers into the funnel of a retailer, brand, or even enterprise funnel, the app is still where it’s at in terms of engagement. And it’s still where you want to bring your prospects, users, and customers over time.

Mobile web might be the top of the customer funnel, but mobile app is the bottom of the funnel. It’s where your most deeply loyal customers will spend most of their time with you, your products, and your service. Interestingly, GameStop VP of Marketing Jason Allen told me during a recent webinar we did together that his customers who used GameStop’s app were twice as valuable as the top tier of the company’s loyalty program.

1: Engagement
“The goal of nearly every brand is to have daily, if not hourly, engagement from the consumer,” says Hamilton. “It doesn’t matter what business you’re in, if a customer is using your service every day, that in and of itself is extremely valuable.” 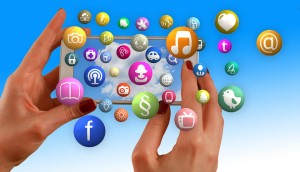 There’s a reason people spend 90% of their time in apps: they’re rich, contextualized, immersive environments. And while your enterprise or brand app is probably not going to beat 8 Ball Pool for virality or Game of War for addictiveness, enabling your customers to do their business with you as quickly, conveniently, and painlessly as possible is a major reason for them to use your app.

2: Context
When you’re walking around in your customer’s back pocket, you learn more about your customer. With appropriate permissions, you have access to their location, contexts, time when they want to consume your services or products, and much more. 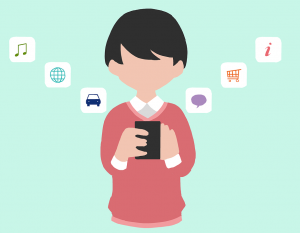 “Apps have access to nearly all the features of a phone, from gyroscopes to GPS to cameras, opening up a world of possibilities for brands to create something valuable,” says Hamilton.

What does it mean if your customers are always in motion when interacting with you? What does it mean that they use your service only in the morning? Or only on the weekend? You can learn plenty about your customers based on their general location data. What if you have real-world service or support scenarios, like an appliance manufacturer? Wouldn’t you conceivably want to let a customer send you a photo, or maybe even live video chat with a technician if they’re having issues?

The only limit is your ability to reimagine your product, your service, or the solution you provide.

3: Communication
Brands that succeed in getting installed on their customers’ devices — never more than three feet from their bodies — means that they have a shot at a direct, unmediated, and not toll-gated communication medium with their clients.

That ranges from in-app message, which you can accomplish via in-app marketing, or mobile marketing automation, to push notifications even when your customers are not using your device. Used with equal dollops of careful deliberation and carefree whimsy — a little bit of humor or attitude often helps — you have a shot at building a deeper, tighter relationship with your clients.

4: Forcing factors: mobile first
Even the most stick-in-the-mud old-school enterprise executives realize that consumer behavior has fundamentally changed, as the average person now spends more time staring at the small screen in her hand than the large screen on her desk. 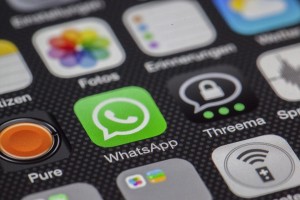 That means we can’t just do business as usual.

“What I honestly love about focusing on an app experience first is that it forces your organization to really think differently than you’ve thought before,” says Hamilton. “Creating a mobile experience needs a completely new line of thought, and building a native app experience can really foster some amazing innovation, especially if you’re launching a new business line.”

A decade ago, who would have thought that the biggest hospitality business on the planet owns no rooms and the world’s largest taxi service owns no cars? Going mobile-first opens up new opportunities, and it’s challenging to do that without building your own app.

5: Experience
Add it all up, and user experience is really the key driver of apps just being more conducive to habit and relationship forming. 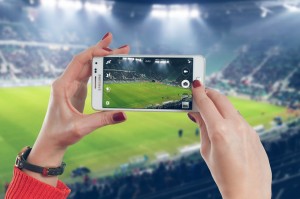 “People spend far more time in apps than they do on the web because the user experience is more conducive to consuming different types of content, easily connecting to others, keeping track of your profile, and more,” says Hamilton.

That doesn’t mean it will be easy, or simple. In fact, many challenges remain, and more apps fail than succeed.

“Nailing down which precise feature makes apps so much more engaging for longer periods of time is not so simple,” says Hamilton.

But when they succeed, they can end up becoming your company’s most important initiative in growing, retaining, and deepening customer relationships.