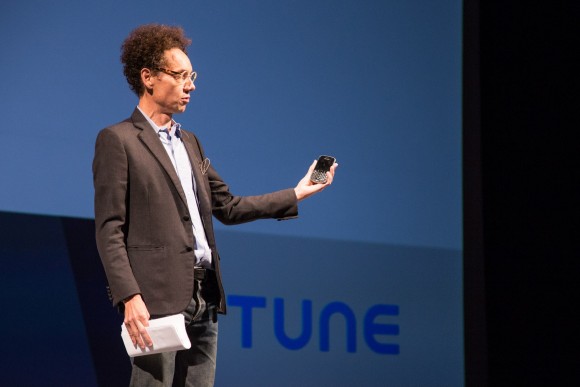 Malcolm Gladwell was today’s closing keynote. Yeah. The Malcolm Gladwell. The guy who walked into a opera house full of marketers and said that he was going to poke holes in the belief that data can tell us everything.

In fact, in a favorite study from the 1950s, Stuart Oskamp discovered that the more data psychiatrists had access to, the more confident they were in their diagnosis. But the accuracy of their diagnosis didn’t improve. Because there are three things that data can’t tell us. Gladwell calls them The Snapchat Problem, The Facebook Problem, and The Airbnb Problem.

The Snapchat Problem: What Is the Nature of the Innovation?

There are developmental changes and there are generational changes. The first is fleeting, a phase: As a teenager, you love horror movies, drive your car too fast, and, according to Gladwell, are statistically more likely to commit homicide (murder is a young man’s game). These are things you grow out of and if, for example, you burned every horror movie ever created, nothing would change.

The latter — generational changes — results in a profound shift in how we think about something. Baby Boomers. Rap music.

So which is Snapchat? And how can you know? 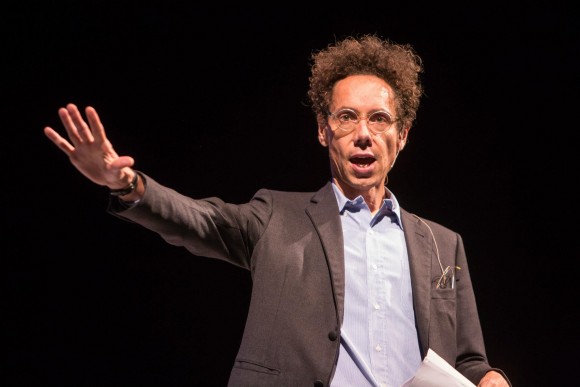 “If you’re 40, you will not die in a car accident.”— Malcolm Gladwell

The Facebook Problem: Where Are You in Your Development?

The diffusion of a new idea takes longer than you’d ever think. It took 30 years for telephones to show up in every household; longer for the VCR to not be viewed as the end to an industry.

Why? Because not only does it take time for a dramatic invention to spread, it also takes time to be understood. At first no one realized phones were supposed to be used for gossip. And that VCRs could change the way we develop narrative storytelling (binge watch anyone?). For a young company like Facebook, how can we tell where it is in its development? Or what it’s supposed to do? 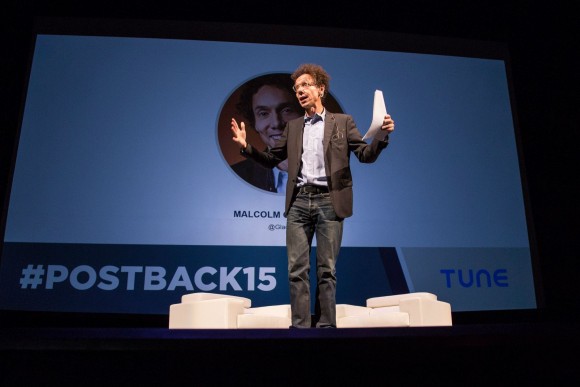 “There is no part of my life from the 90s that I like today.”
—Malcolm Gladwell

The Airbnb Problem: What Is the Context of the Attitudes?

The level of institutional trust in millennials is at an all-time low. But the trust economy — the Ubers and the Airbnbs that bring you into the cars and homes of complete strangers — is at an all-time high. How does that work?

The question of context is the same for an especially timely subject: With June’s Supreme Court ruling regarding gay marriage, Gladwell realizes we didn’t exercise the right amount of skepticism around the context in which people opposed it. The data couldn’t tell us to. 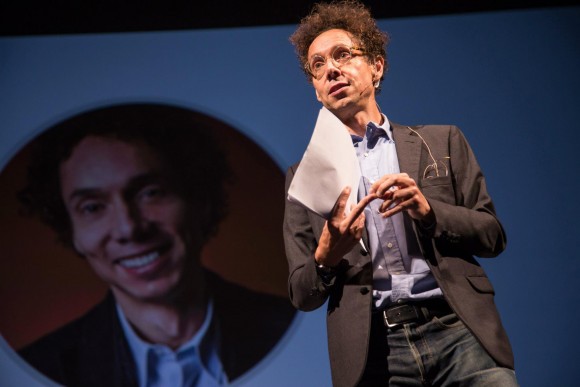 “I can only be replaced by a machine if I’m not human.” — Malcolm Gladwell

Our CEO Peter Hamilton grabbed a few minutes onstage for a question and answer session with Malcolm Gladwell. Some of the highlights:

Regarding the lack of women in the tech industry:
“Bias impacts the hiring process in ways we aren’t even aware of.” [tweet this]

Regarding getting to the heart of what millennials want:
“Examine what happens to millennials in moments of life transitions. How do their behavioral patterns shift?” [tweet this]

Regarding the role of marketers as more data becomes available to more people:
“Your job will be to guide people to the right solution. Think of an industry like health care—that role becomes very important.” [tweet this]

Did you have a favorite Malcolm moment? Let us know in the comments!