There aren’t many things in mobile app development that are more intimidating than watching your hard-earned users leave your app. It’s like a first date that went bad. You tried so hard to make a good first impression. You waited for the exact match. And here you are, sitting all alone asking yourself what went wrong.

The hard truth is that they just aren’t that into your app.

It’s not them, it’s the app. You can spend a lot on user acquisition and retention marketing and get poor results over and over until you realize that the app is the problem.

App agency Comboapp has been consulting developers from the very beginning of the mobile app industry and too often seen that app owners forget to define the main point from the start. There is a short, simple, yet very crucial question you should answer before launching an app:

Does Your App Serve a Well-Defined Purpose?

Marketing won’t help if the product fails. If you keep losing users and you don’t know the reason, it’s time to take a step back and re-charge your product strategy. Comboapp gathered all of the dos and don’ts for app developers who had their app abandoned by users.

First, let’s talk about the dos.

Back to the Basics: Market Research

App developers often get so excited with the idea of a unique product they are building that they totally neglect the necessity of good old market research. However, it can help reveal mistakes in app development and promotion. We suggest using analytic tools from TUNE Marketing Console and Priori Data.

Here’s what you should pay attention to:

Have you chosen the best category for your app? Are there alternative categories with lower competition and higher revenues?

For example, an app that offers personalized lock screens—we’ll name the app Lock Screen—falls under the utilities, entertainment, and lifestyle categories. Each category has a different number of apps, app downloads, percentage of paid apps and top-performing countries, where the most part of in-app purchases came from. Lock Screen’s current primary category is utilities, but two other categories have a higher number of monthly downloads and revenues: 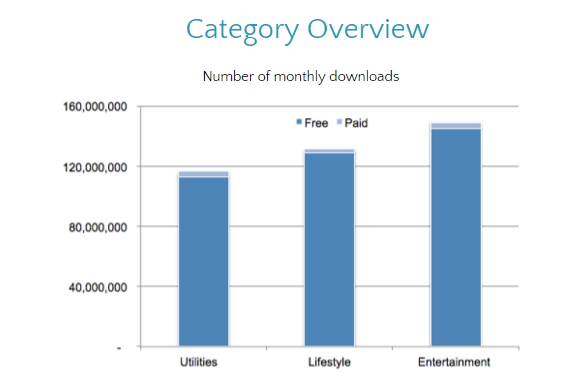 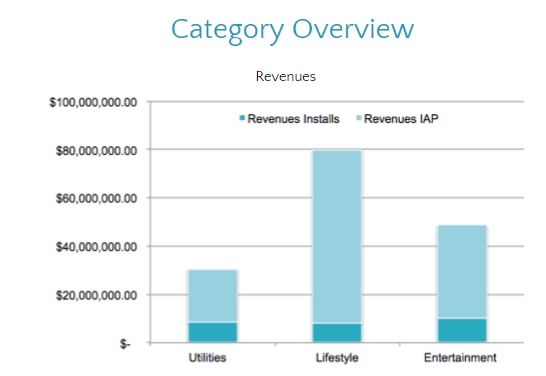 It makes the lifestyle and entertainment categories a more reasonable choice for this app (Apple allows users to choose two categories for one app, while Google permits only one).

Is it worth spending time on app localization and concentrate on other countries? Take a look at top countries by downloads, in-app revenue, revenue from paid apps.

Outside the U.S., our Lock Screen app should consider China, Japan, and the UK for localization. They are leaders in both number of downloads and revenues for the selected category:

What are the chances that among the 3 million mobile apps available in app stores, there won’t be any apps that offer the same functions as your app? Maybe they also have better UI and are much cheaper? In order to stay ahead of the competition, you need to know how competitors’ apps work, who they target, and what they offer. Create a list of competitors using this algorithm:

Here are the main details you should pay attention to:

A lot of apps with potential failures are due to a poorly-designed interface. It works as a barrier that scares off new users. Comboapp has noticed that most bad interfaces contain very typical mistakes:

• Inconsistent design. Don’t mix different styles and color schemes into one app. Consistency will make it easier for users to navigate the app. 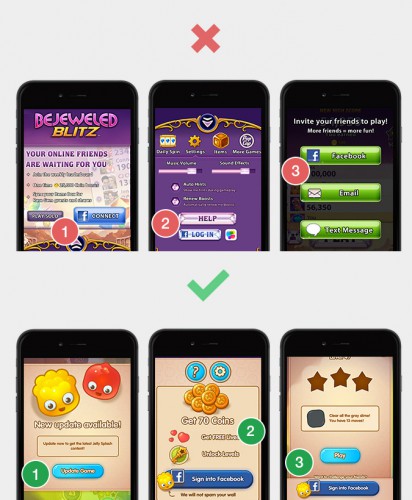 Now, let’s talk about some things you shouldn’t do if users leave your app too fast.

Don’t ask users about missing features in your app. As Andrew Chen noted in his Next Feature Fallacy post, adding one more feature to your product won’t suddenly make people use it. It’s a mistaken belief that comes from the fact that it’s much easier to add one more feature than try to find the cause of user-engagement failure. If you are led by a user instead of having your own vision of the app, you’ll get trapped in the product death cycle: 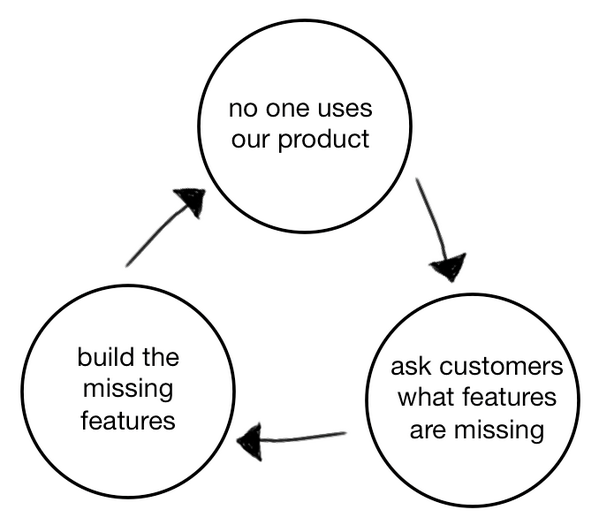 Even if you have spare costs to spend on user acquisition, better to think twice before launching a new campaign. Precise targeting and customized media buying may help to acquire a better audience, but they won’t fix the underlying problem. If you haven’t found the reason for low retention rate, new users will leaving just like old ones.

Oh yes, we know that researching and analyzing an app’s UI design can take plenty of time and effort. That’s why agencies like Comboapp help app developers and publishers cope with such tasks. But this analysis leads to unique insight of market fit and customer expectations that help create a successful app.

Have you done market and competitor research for you app? Does this information help with app development and promotion? Share your thoughts with us in the comments.