The TUNE House Scholarship Program has been one of our most creative and impactful achievements and an important success story within Seattle. As we wrap up Year One, the program continues to flourish as a growing community, full of inspirational and passionate women who want to learn and grow together throughout their educational experience.

What We’ve Learned From Year One

Looking back at our pilot year, we saw TUNE employees from all departments step up, eager to get involved—from prepping the house before move-in, to mentoring the students, to spending time getting to know them at TUNE events. But one of the most important bonds that formed, was the mentorship the scholars provided one another within the house, encouraging and motivating each other to be their best selves as they grow personally as well as professionally in the tech industry.

The Importance of Building a Thriving Community

It quickly became evident that there was something unique happening within the TUNE House. Not only did the house provide a place for co-living, co-learning, and co-existing—it quickly became a close-knit and supportive community.

The first year of TUNE House program has been a “pilot year” where we tested different education series and events. Now the TUNE House team feels that we have a solid foundation for the program going into Year Two. One thing we learned is that it’s crucial to the success of the program and presents a deeper experience for the first cohort of students if we can pass along the building blocks from Year One to the next generation of TUNE House scholars. For this reason, we offered the current women in the house an opportunity to re-apply for membership. We asked the students to share with us how the TUNE House program has enriched their personal and professional development through the programs and education series, and how they’ve contributed to their living community in the past year. We also introduced leadership roles to coincide with our TUNE House Committee roles for deeper engagement.

The TUNE House committee was overwhelmed with the positive feedback and thrilled to learn the desire of many to remain in the house for a second year. Their passion shining through their applications:

“I feel blessed to be surrounded by women that I never would have found on my own, and I know that this experience specifically has developed a new sense of openness and curiosity that I didn’t have before.”

“Reflecting on this past year, I’ve been a part of many hackathons, technical events and student organizations, but the one thing that has remained consistent is my ability to make connections, communicate with people and build relationships”

“Being in this house, surrounded by seven other STEM women whom I admire and connect with, has built a bridge between who I am now and who I want to be. Due to this connection, I feel a sense of purpose and belonging within this community.”

The incredible pool of talent we interviewed

After much thought and consideration, we decided six of the eight Year One scholars would reside in the house for the 2016-2017 school year. We then began assessing the ~40 new applications we received after announcing year two for the TUNE House to fill the two open spots. It was an incredibly hard decision. Each candidate demonstrated passion and aptitude for the field of technology and an eagerness to have an opportunity to join TUNE House and be supported by like-minded individuals while pursuing computer science studies at the University of Washington.

We believe that the two women selected to live in TUNE House will not only become amazing ambassadors of the community, but also will positively contribute to the current wonderful resident dynamic. We guarantee they will challenge and inspire the current residents as well as benefit from their mentorship and support.

These two women are both prospective computer science and engineering students at University of Washington and will be moving into the house fall of 2016. Join us in welcoming them! 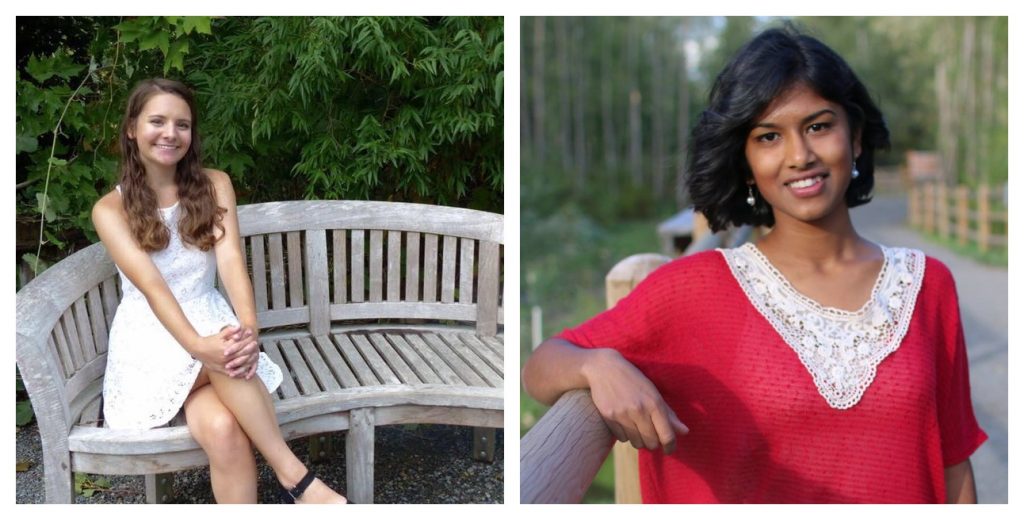 From left to right: Olga Andreeva and Aishwarya Manoharan

As we close out the 2015-2016 year and embark on the new 2016-2017 year, we hope our efforts around women in tech continue to not only bring awareness to gender parity in tech but to inspire surrounding companies to develop creative ways to engage the community and inspire young women to be fearless leaders in technology. The TUNE House program directly reflects the hard work, passion, and commitment of TUNE employees who deeply care about next generation women leaders in our communities.

Want to learn more about the TUNE House and how it turned from idea into reality?

Interested in getting involved in the program as a mentor, sponsor, or volunteer during the 2016-2017 year?