Everyone’s got an API these days. Twitter, YouTube, SoundCloud, and Evernote are just a few of the companies that have popular APIs enabling developers to create new and exciting ways to interact with their products.

But from a high-level perspective, what does an API actually do? And what can be done with it?

The easiest way to describe it is this: an API, or an application programming interface, lets developers access specific data points and program functions without exposing the rest of the application’s source code. 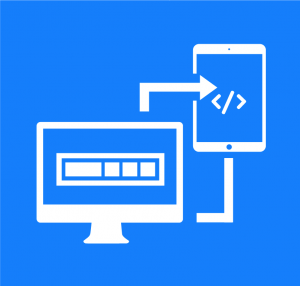 One of the strengths of the HasOffers platform is its powerful two-way API.  Here are three common examples that illustrate how APIs can be utilized:

Pull external data into your own system: For example, the HasOffers API allows you to pull statistics on your ad campaigns out of our system and into yours. This is a very simple use case, and one of the most popular ones on our platform. Many customers have internal reporting and business intelligence systems that they want to integrate with their HasOffers data; our API makes this possible in real time.

Build a custom user interface: Even more impressive, some of our customers have taken our API and used it to build out their own custom UI entirely. This requires being able to both pull information out, as well as push information in to the system via our two-way API.

Integrate third-party functionality: Third-party integrations are another popular use of APIs. Suppose two different software companies want to make their products work together seamlessly. If they each have an API, developers can quickly write a script that tells them how to communicate with each other. Once this has been set up, all the end user needs to do is supply either an API key or login for the third-party system to complete the integration. A common example of this is the Facebook Login functionality you see on a lot of websites.

Spotting APIs In the Wild

Chances are, you’re already using an app or tool that was built using an API. Have you ever organized your Twitter feed using TweetDeck? This third-party app became so popular with users that it was acquired by Twitter just a few short years after it was created.

Many popular mobile apps leverage APIs to bring popular websites to your iOS or Android device as well. Craigslist has famously never released a mobile app, but they do have an API. You can find dozens of different Craigslist clients for your mobile device that have been created by enterprising developers.

If you are a new or hobbyist developer, working with APIs can be a great way to get your feet wet in the massive world of web apps. Codecademy has some excellent free courses to help you get started, like this one for the Watson API.

APIs can be a great way to gain traction for your new affiliate or network business. We had this in mind when we made the decision to rewrite HasOffers by TUNE on top of a REST API, even though it would be a lot of work. But fast forward to today, and a large part of our customer base interacts with our API every single day. Some of our top customers have built their entire business around a unique concept that was only made possible by using the backend analytics engine that we provide them via the API. To check out some of their stories, visit our customer success page.

We also provide a ton of learning resources on APIs in general and for those specific to the HasOffers platform. You can view some of our API developer docs here. You can also find training videos like the one below on the TUNE Training channel on YouTube.

As we march further towards an always-online society, the ability for applications and devices to communicate with each other becomes even more paramount. I’d be willing to bet that the Internet of Things is going to be heavily powered by APIs and bright young developers doing new and creative things with them.

How do you use APIs in your role? Let us know in the comments below!

Josh Todd, TUNE's VP of Product, is an innovative product management leader with 12 years of experience in the partner marketing industry. Prior to TUNE, Josh ran an early mobile-focused affiliate network, wrote a marketing blog, and generated thousands of leads for advertisers via targeted media buys.