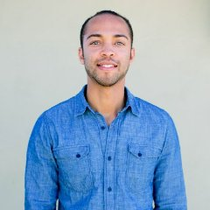 This is an interview with Chris Amos, CMO of Ampush. He is scheduled to be a moderator at our upcoming Postback event, July 17-18.

To start things off, tell us a little bit about your background and how Ampush came about.
First of all, thanks for having me. I’m really looking forward to being involved in Postback. I’m one of the founders and also CMO at Ampush, a mobile advertising company I started with my two best friends after starting our careers in finance at places like Goldman Sachs, Morgan Stanley, and The Carlyle Group. The three of us actually met during a high school summer program for aspiring entrepreneurs when we were 17 years old, so I like to say that’s where it all started.

After graduating and working in finance for 4 years, I was having a great experience, but I still had the same passion and curiosity about being a full-time entrepreneur. Having a similar outlook is what brought the original team back together to start Ampush. At the time, we saw a number of parallels between what we were doing in our banking and investing jobs, and some of the emerging themes in online advertising: media becoming more platform based, programmatic trading, and helping companies unlock their growth potential. There seemed to be a very similar DNA between the type of person that could have a career on Wall Street and someone that could figure out ad tech, so we decided to give it a shot.

We realized we had a lot to learn, so the early days involved lots of testing and breaking things. The way the timing worked out, we became one of the first ad tech companies to figure out direct response on Facebook, and were eventually invited to be one of their earliest ads API partners. Then things took off pretty quickly.

From there, our strategic vision has been shaped primarily by wanting to help companies capitalize on the mobile opportunity. We’ve all seen the incredible growth trajectory and the time spent vs. dollars spent gap that needs to close. The question then becomes how to make this easy and actionable for the modern marketer. Right now, we partner with Facebook, Twitter and Google on the publisher side, and make our ad buying platform available to advertisers in various performance-focused verticals like e-commerce, gaming, travel, and mobile apps. We also partner with companies like HasOffers to bring mobile measurement integrations into a single end-to-end ad management workflow. Our goal is to be the best mobile ad buying platform for performance marketers, so that’s what we’re building and investing in.

Yes, agreed. We’ve been hearing the term “Native Advertising” used a lot more these days, which is exciting. I actually expect the term itself to fade a little bit as the concept becomes more ubiquitous, to the point of being implicitly baked into any mention of mobile ads.

A quick definition of “Native” that I see a lot is a form of paid media that appears “in-stream” and blends seamlessly with the organic user experience that a publisher wants to create. Contrast this with banner ads, which can be a little annoying or intrusive. But this only addresses the visual definition, so in my opinion it’s only part of the story. A well executed native ad does three things really well, and that’s provide a good user experience, monetize effectively for publishers, and help advertisers hit their KPIs. So implicit in all this is an emphasis on performance.

What makes native advertising unique? What gets you excited about it?

Sitting at the core of native advertising lies the concept of identity, and that’s what makes it unique. As we all know, cookies won’t help you on mobile, so any long term solution for mobile advertising and a complete definition of “native” needs to also address how to reach the right person. When people talk about Facebook or Twitter, there’s still a tendency to characterize them as social ad platforms, which I think misses the point. In reality, what makes them special is they account for lots of time on mobile and have rich identity layers built around unique IDs (e.g. phone number or email address) that makes it possible for advertisers to link their campaigns to CRM database insights and drive far better personalization than you can with an anonymous or inference-based models.

This is the game changer in my opinion. It’s the intersection of better creative and personalization working in concert. Then when you layer on the ability to buy and optimize this type of media using the right tools and algorithms, that’s what has us excited about the space we’re in and where it’s heading.

How has native evolved over the past year? Where do you see it going in the future?

It’s an interesting thought as it’s still a pretty new concept on mobile. If you look at Facebook, they didn’t have any native or mobile ads even two years ago, so this is something that has just begun to blossom. We’ve done lots of testing during the early stages of new ad units and targeting capabilities getting rolled out, and we’ve seen adoption really take off as performance has continued to trend upward.

I’m personally excited to see how native continues to drive the rapid growth we’re seeing in mobile display. The big guys — Facebook, Twitter, Google, Yahoo!, and maybe a few others — I expect will collectively account for the lion’s share of impressions for the foreseeable future. The data assets they hold are not easy to replicate, so it’s no coincidence the companies with it have been among the first and best to adopt native. But there’s also the long tail of mobile publishers that will increasingly have a seat at the table as the infrastructure gets built out. Facebook’s Audience Network and Twitter’s recent acquisitions are starting to tell the narrative of the programmatic buying of native formats, powered by their rich identity data, being the ideal way to reach people with mobile ads, both inside and outside of their flagship branded apps.

What’s the key to designing an effective native ad?

From a visual perspective, a Native Ad should look and feel the same way as the content that surrounds it. The creative must be seamless and high quality. The experience should be natural for the user. The native format is very visual, and each creative varies by vertical. You always want to have clear and beautiful images of your product. Focus on the visual aspect while addressing each vertical’s specific nuances. You must also consider the technical aspects and be sure dimensions are compliant so that your creative doesn’t get cropped or skewed.

One criticism of native ads is that they deceive users into thinking they’re clicking something that is not a paid ad. What’s your take on this perspective?

The lines between ads and content are being blurred, that’s for sure. I believe most people have grown accustomed to seeing ads in their favorite apps and websites, and therefore can appreciate one that is thoughtful and not disruptive to the core experience.

At the end of the day, it’s another opportunity to learn about something they have a high likelihood of being interested in. Personally, I’d rather be shown a paid ad that is custom tailored to my tastes, rather than free organic content that isn’t interesting or relevant. It doesn’t matter as much whether there’s someone sponsoring it behind the curtain, as long as the algorithms are working and there’s transparency. Of course, we all have the responsibility to do things in an honest way and to protect users’ privacy at all costs. A lot of the conversation is about that, and I believe the influential players in the space have demonstrated an unwavering commitment in these areas. There’s no room for unscrupulous practices.

This year’s Postback event will be held July 17th & 18th in Seattle, WA. Featuring keynote addresses from Twitter and Google, 10 panel sessions with discussion from 25+ industry experts, and training for HasOffers and MobileAppTracking products, Postback is a can’t miss event for all serious marketers. The event also includes a rooftop happy hour, boat cruise along the Seattle waterfront, and a private concert, giving you plenty of opportunity to connect with other professionals in the industry. To register or learn more, visit the Postback website.