Legendary VC and securities analyst Mary Meeker released her bible of internet trends today, and there’s one slide that mobile developers and publishers will take special interest in … her overview of how mobile is still under-indexed on ad-based monetization.

(Of course, there’s one to worry about also. More on that in a moment.)

You might recall a chart from last year showing about a 30% gap between the time people have shifted from legacy media like radio, TV, and magazine to mobile, and the number of ad dollars that followed. Well, the ad ecosystem still hasn’t caught up: Which, as I mentioned a moment ago, means that mobile publishers and developers are going to make more money in 2016 than in 2015.

There is, however, a fly in all this wonderful ointment.

That fly is something we’ve researched and reported on extensively at TUNE: mobile ad blocking. As we found and Mary Meeker also reports, mobile ad blocking has skyrocketed over the past year and especially in the past few months, significantly surpassing the number of users who block ads on desktop. 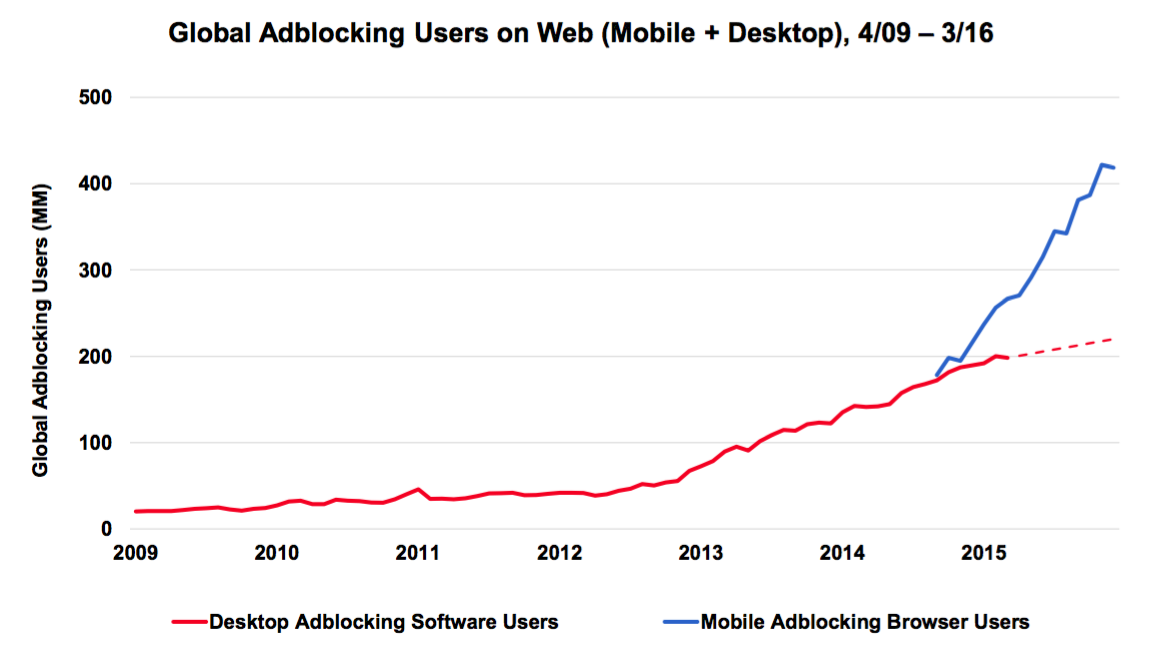 So, there are some challenges.

Fortunately, as we’ve already said, mobile ad blocking is much less of a concern today than desktop ad blocking, for many different reasons, including the fact that in-app advertising is much harder to block than mobile web advertising, and that we spend most of our time in apps, not in a mobile web browser environment.

In addition, our data indicates that people actually do like and want certain kinds of mobile advertising, and aren’t willing to pay even $1 to avoid mobile ads.

Long story short: 2016 and beyond should be very good to mobile publishers and developers.